The traditional music trio Grosse Isle was born out of the “absolutely magical” collaboration between three exceptional musicians from Quebec and Ireland (The Irish Music Magazine). Together, Sophie Lavoie du Lac-St-Jean (fiddle, piano, vocal), André Marchand the legendary (guitar, vocal), and Fiachra O’Regan, Irish champion (Irish bagpipes, whistle, banjo) shine with their rich and enveloping music. These musicians all have a national and international reputation as a duo mainly in the case of Sophie & Fiachra and within several groups for 40 years as far as André Marchand is concerned (La Bottine Souriante, Les Charbonniers de l’Enfer and others). 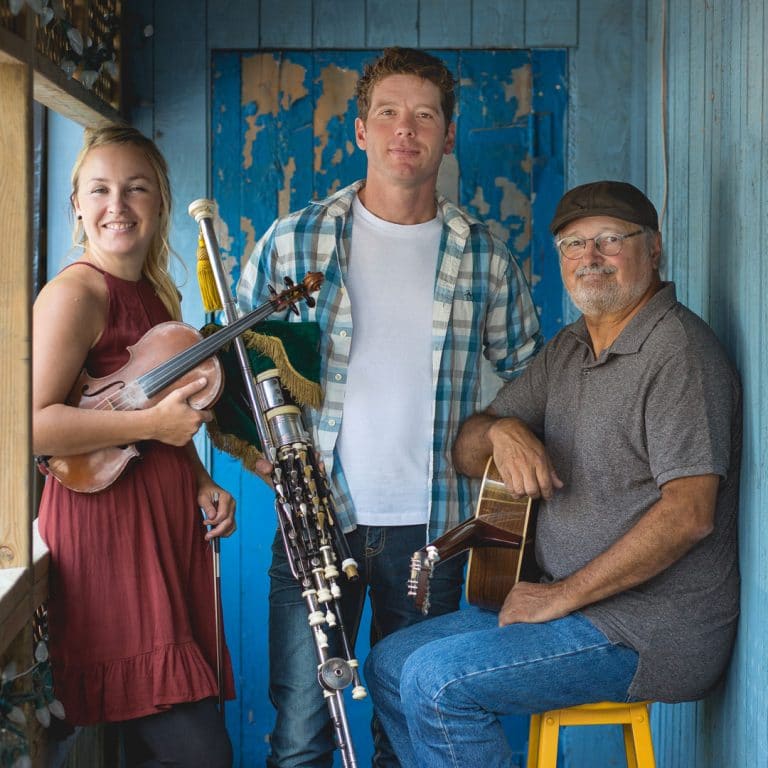 In 2016, the first album of the duo Sophie & Fiachra with André Marchand, entitled Un Canadien errant, was hailed as “a striking musical experience” (Le Devoir). In 2018, the group dazzles with Portraits, “a work of art in itself” (Roots Music Canada), “a real treasure” (Folkword) unanimously applauded by critics. This album received a nomination at the ADISQ 2019 in the category “Album of the Year-Traditional”.  A new album will be launched in 2021 by this three-artist group, which will henceforth bear the new name Grosse Isle.

Grosse Isle refers to the story of the massive arrival of the Irish in the 19th century, on Grosse Île in the St. Lawrence River, as they fled the Great Famine.  It is a striking encounter between two peoples and two cultures.

Fusing Irish and Québécois repertoire with original compositions, Grosse Isle presents the pieces from the album Portraits as well as many surprises on stage! The harmonious blend of the two cultures, the authenticity and the immense talent of the artists give a sublime result! From laments to more rhythmic songs, the concert is varied and displays the 1001 colors of the band.

In addition to performing at several traditional music festivals in Quebec, the musicians have also performed in the United States, Australia, New Zealand, France and Ireland, of course! 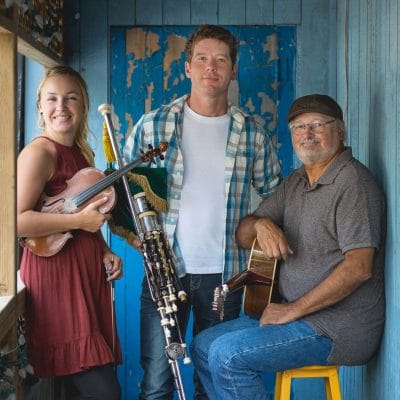