Les Grands Hurleurs has the opportunity to present a showcase at the CINARS Web 2021 International Virtual Performing Arts Conference from May 25 to 28. Presenters from many countries will have the opportunity to hear excerpts from the band’s new album, which will be released 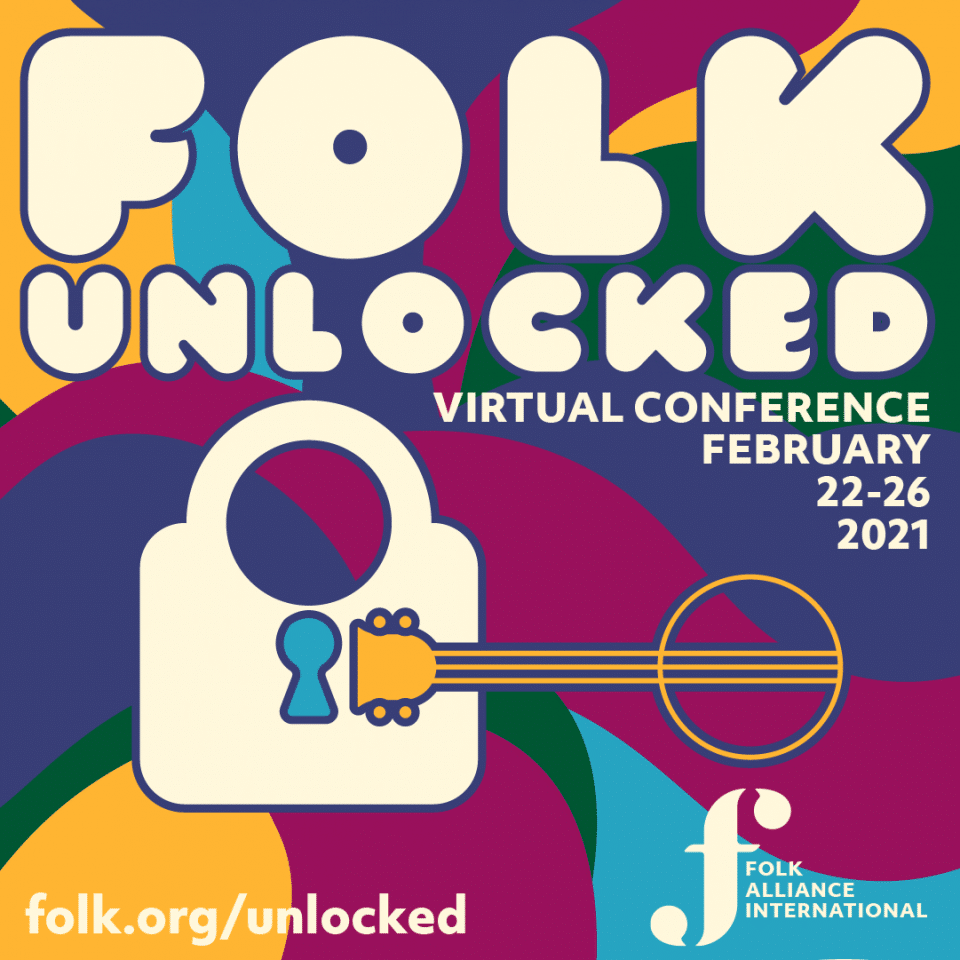 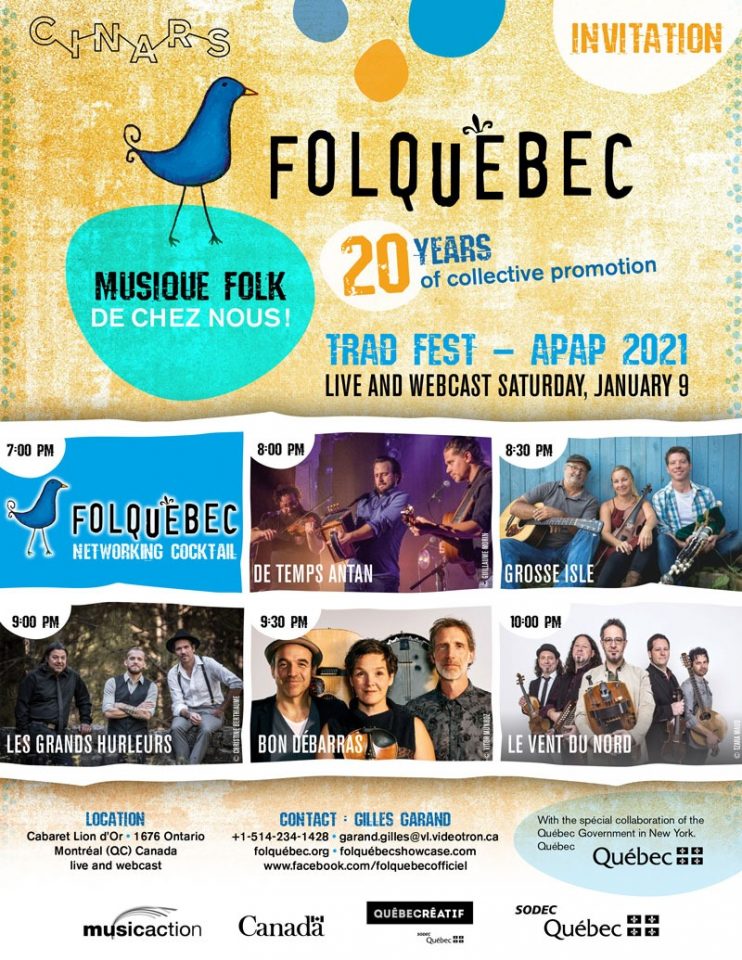 De Temps Antan, Grosse Isle, Les Grands Hurleurs and Le Vent du Nord have the opportunity to participate in the virtual edition of the APAP|NYC wich is the world’s premier gathering of the performing arts presenting, booking and touring industry and the annual members conference

The band Les Grands Hurleurs will launch its 5th album Ellipse in September 2021. This group has won the hearts of Quebec and international audiences with its modernized and accessible traditional music. This new creation will breathe new life into their music, which is just as vibrant and groovy, but more refined. The band wishes to return to its roots by daring to create a sound closer to acoustic instruments with carefully thought-out arrangements that remain organic. With the integration of folk, classical and bluegrass influences as well as the collaboration of author David Goudreault in the writing, the group will surprise and touch people once again with this enriched trad! Fiddles, mandolin, guitar, double bass, feet and rich vocal harmonies come together to explore a multitude of emotions.

The album CHOUÏA, released in 2018, was the occasion to celebrate the 10th anniversary of Les Grands Hurleurs. It was featured in La Presse’s 2018 TOP 10 KEB FRANCO.

“We started our project to make trad music while venturing beyond the well-beaten tracks (…)  Knowing and respecting where the music came from, we gave ourselves freedom to do what we liked with the arrangements.” (excerpt of an interview published on Penguin Eggs 2017 summer issue)

Amazing live performers, they play many instruments, feel their on-stage energy, and get blown away by their sheer musical prowess. They truly please everyone, bonding with their audiences wherever they perform.

___
“The strikingly original arrangements he creates with his trio Les Grands Hurleurs never compromise the essence of the old songs and tunes that he loves.”
– Tony Montague, Penguin Eggs magazine, June 2017
___
“A lot of delicacy and sensitivy, the research of original repertoire, mixture of groove and nice strings arrangement. The trio makes dive at the same time into the «reel-folk-music» and the “folk music-of-chamber”, blues, bluegrass, atmospheric lament and mélodies from Britanny.”
– Yves Bernard, Le Devoir – Top 5 Best World Music CD 2015
___
“Kudos to these talented musicians for exploring and expanding the notion of what the trad music of Quebec is all about.”
–Li Robbins, Songlines magazine
Previous
Next 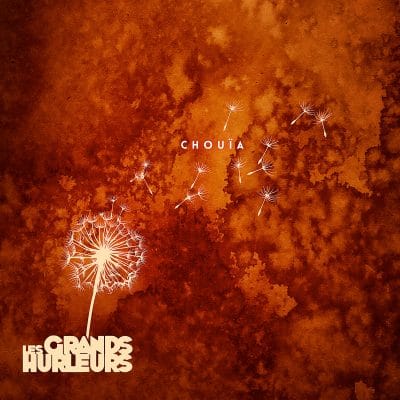 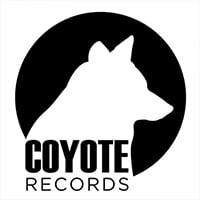