Simon Proulx (Mes aïeux, Benoit Archambault, Gilles Vigneault, La Semaine verte, etc.) and Olivier Demers (Le Vent du Nord, Le Cirque du Soleil, Mario Pelchat, etc.) released their debut album, a collection of instrumental folk duets, in March 2022. It is entitled Il fera beau demain. Over the years, Simon and Olivier have often collaborated on other people’s projects, both in the studio and on stage. They started to think about a more personal and structured collaboration as a duo, given the pleasure they have always had playing together and how easily they were able to combine their different musical roots and influences. They quickly found that there is an astonishing kinship between them. The result is a bright, serene record that sows some renewal after all that we have gone through these past two years—hence the album’s title (which means “It will be sunny tomorrow”) and cover artwork (by Julie Beauchemin). So there is light therein, but also a clear desire to turn to acoustic instruments. “It’s hard to explain, but there is something true about feeling a string vibrate in your body. Simon and I needed to get back to basics for this record. We wanted heartwarming vibratory sounds…”, emphasized Olivier Demers.
The duo is also performing live on various guitars, mandolins, and other stringed instruments. This concert mainly features their own hopeful compositions presented as intimate moments of camaraderie. Come listen to two seasoned musicians delivering a healthy dose of beauty and optimism. It will be sunny tomorrow, I promise!
Quotes 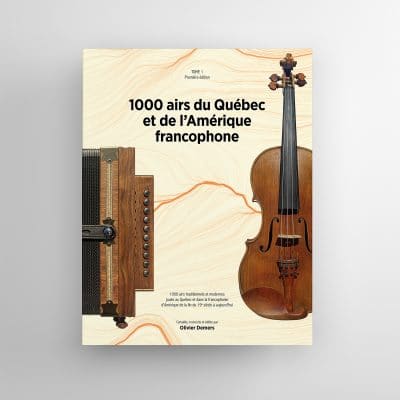 Olivier is a violinist by training, a reformed fiddler and a passionate guitarist. He started playing chamber music, then jazz. His great versatility led him to work with several artists (Le Cirque du Soleil, La Bottine souriante, Väsen, Michel Faubert, Breabach, Dervish, etc.). Olivier has been dedicating his life to traditional folk music for more than 25 years. He is a founding member of Le Vent du Nord (over 2,000 shows around the world, 11 albums, 2 Félix Awards, 2 Juno Awards, 2 Canadian Folk Music Awards, Best Traditional Band in North America at the 2007 Folk Alliance Conference, Grand Prix du Disque Charles-Cros 2012, etc.). He also played in the trio MontcorbieR and the duo Boulerice-Demers (2 albums, with Un peu d’ci, un peu d’ça being awarded Best Trad Album in Canada in 2006) with his old partner Nicolas Boulerice. Recently his duo partner of choice has been Simon Proulx. Olivier is a studio enthusiast. He has earned a credit on over 75 albums, either as a musician, coproducer or producer. He is also deeply engaged in the shadows of traditional folk music as a co-founder and organizer of La Veillée de l’avant Veille (25th edition in 2022), the Chants de Vielles Festival, and the record company Roues et Archets. He was a co-instigator of the Albion sessions in Joliette and published a major collection of tunes from Quebec and French-speaking America: 1000 airs du Québec et de l’Amérique francophone — TOME I.
Contact 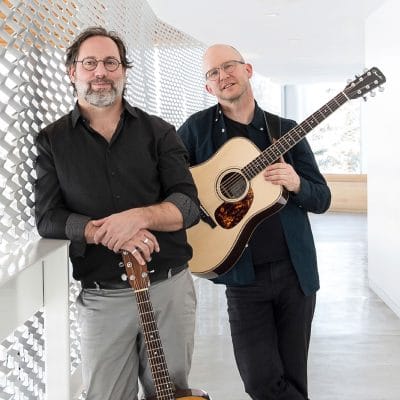