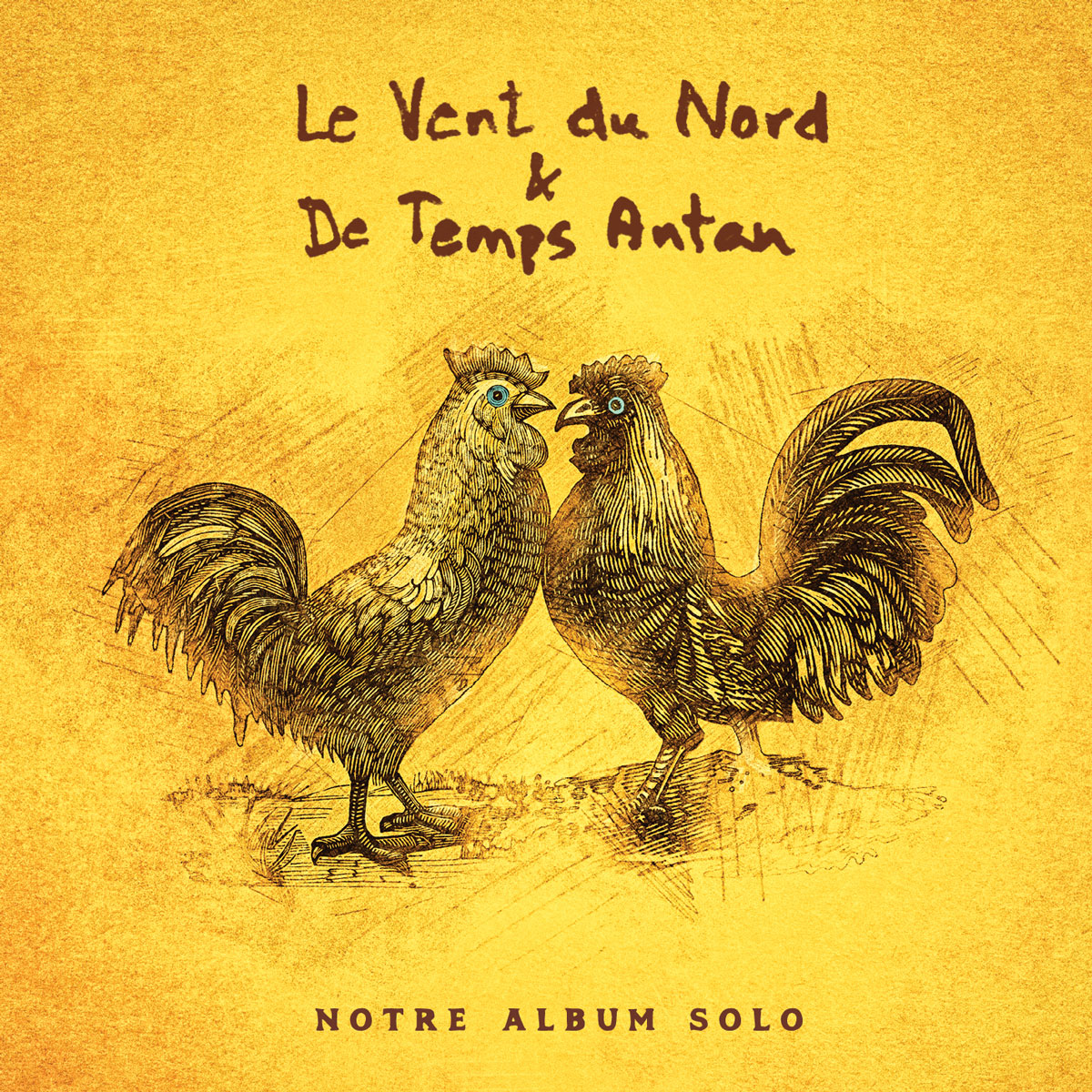 Everyone agrees that Le Vent du Nord is the leading francophone Quebec trad group. We also know that trio De Temps Antan, an offshoot of La Bottine souriante, which was the flagship of the genre for a long time in francophone America, more than holds its own.

Collaborations between Le Vent du Nord and De Temps Antan have happened spontaneously, happily, successfully over the years. The next step was to record a collective album and to organize a tour to perform this new material on stage.

It’s well-known that these seasoned musicians and singers are open-minded and that they want to do what is needed to maintain the liveliness of trad music, with all its modern innovations.

For several years now, they have incorporated the rock attitude of the Pogues and Lúnasa, as well as some heavy rhythms. They’ve also been crafting truly sophisticated compositional structures and harmonic progressions inspired by modern classical or jazz music.

The vocals are wonderfully executed, as in Rose, a polyrhythmic evolution of the trad sound, with a super groove supporting a heartfelt declamation by Michel Faubert.

Translation by Marie Mello.
To read it (original version in french) >>>>