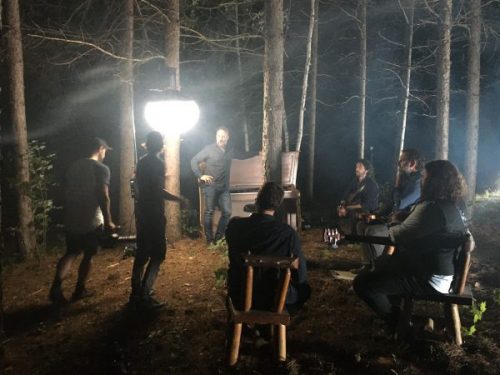 The quintet was fortunate enough to film twice in the forest of Saint-Côme (Québec), in July with the Quebec team of Agence Synop6. The group recorded an unreleased version of their concert featuring songs from the album “Territoires” as well as exclusive interviews. The date of the webcast of this show will be announced shortly. At dusk, Le Vent du Nord also produced a music video for the superb song “Au régiment”. A great gift that will be offered to the band’s fans very soon!